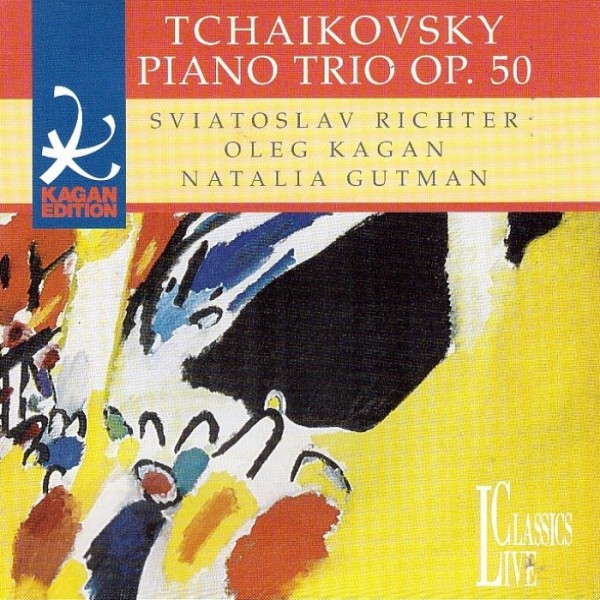 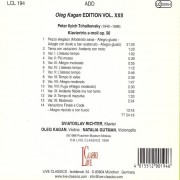 These breathtaking examples of the late Sviatoslav Richter’s inspirational gifts as a chamber music player come from a major series of discs – more than 20 of them so far – released as a tribute not to Richter but to the violinist Oleg Kagan, whose wife Natalia Gutman is the cellist in these trios. The chemistry between the three musicians was clearly something special, and this recording has a sense of occasion about them that is quite thrilling. They are typical late Richter performances: there are spatterings of wrong notes and moments of faulty intonations but the way in which the music is reinvented before one’s ears is unique. The first movement of the Tchaikovsky trio is driven with a passionate momentum; its massive second-movement set of variations, often abridged in performance, is given complete and filled with magical things.

The number of discs that Sviatoslav Richter made in the studio is being outstripped by the recordings of his concerts and recitals that have emerged in a steady stream since his death three years ago. Richter was as great a chamber musician as he was a solo pianist, and this incandescent account of the monumental Tchaikovsky Trio is a thrilling example of his interpretative powers. It is released in a series devoted to the achievement of the violinist Oleg Kagan, and fine thought both his playing and that of the cellist Natalia Gutman is, Richter dominates the performance.

There is a personal give-and-take and a symbiotic intertwining of individual voices that one doesn’t always hear when “big name” soloists get together for chamber music.