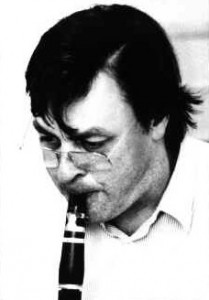 Eduard Brunner started his musical studies at the Conservatory of his Swiss home town Basel and continued these in Paris with Louis Cahuzac. At young age he received highest awards at international and Swiss Competitions. Besides playing the First Solo Clarinet in the Symphony Orchestra of the Bavarian Broadcast in Munich and his many obligations as brilliant soloist and chamber musician, Edward Brunner puts considerable effort into the promotion of contemporary music. Thus, it is not surprising that composers as Jean Francaix, Helmut Lachenmann, Vassily Lobanov and Isang Yun have written for him. In 1992 Edward Brunner has been appointed Professor for Clarinet at the Musikhochschule Saarbrücken.