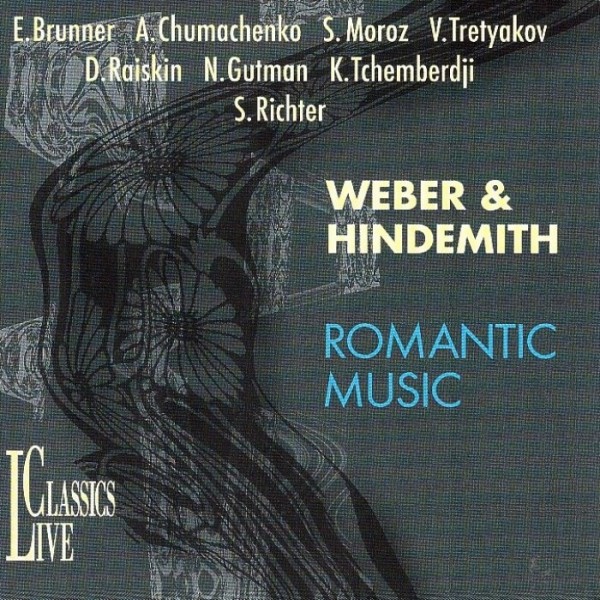 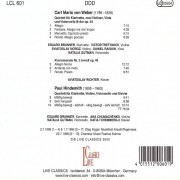 Recorded quality and balance are excellent.

We dedicate this publication to the clarinetist Eduard Brunner who is one of the closest friends of Natalia Gutman and her husband, the violinist Oleg Kagan. The artists met first in 1982 at the Kuhmo Chamber Music Festival. Since then it has been the couple’s dearest wish to play with Eduard Brunner in Moscow. As things stood in the former Soviet Union, a joint concert with musicians from the West was more or less impossible. Only due to the tremendous efforts on the part of Sviatoslav Richter the clarinetist received a visa in the last moment. When he indeed arrived in Moscow, everybody was besides oneself with joy. As Brunner remembers today, the atmosphere after this memorable concert at one of the legendary „December Evenings” with Schubert’s Octet can hardly be put into words. Later on the street deeply moved people embraced the musician from the West. These scenarios were the same at the occasion of later concerts which were always at risk to the very last minute and thus appeared as pure miracles. In retrospective it becomes evident that this unique friendship was in all those years accompanied by the first moving signs of a political change.

On this recording we present parts of recitals played at the Kagan-Festival in 1994 and 1999. We are grateful to the Kuhmo Chamber Festival for allowing us to present Hindemith’s Piano Quartet which has been performed in 1998 also at the Kreuth Festival a few weeks earlier. As a symbol for the central role of Sviatoslav Richter for the circle of musicians gathering in Kreuth we present Weber’s Piano Sonata in d-minor tying together two great romantic compositions for clarinet and chamber ensemble.

The Weber Clarinet Quintet moves at a brisk pace, but the playing is wonderfully involved. The result is an ideal performance. If that the Richter is absolutely spellbinding. The playing is superb from beginning to end. The accents are ideal. In short, this is a performance makes one realize what a truly superb musician Richter was.

Hindemith would be proud to share a CD with Weber, whose music he admired so much that he wrote a major orchestral piece on on one of his themes. Actually, I think Hindemith comes off best from three likeable live performances.
His 1938 work, a piano quartet with clarinet instead of viola , is a gem and it receives a jewel of a performance from the Swiss clarinettist Eduard Brunner, with Ana Chumachenko and Natalia Gutman playing the string parts superbly and the composer Katja Tchemberdji balancing the piano part sensitively.

The Weber Quintet is given a hugely enjoyable performance, but both the recording and the playing have tiny rough edges and Brunner’s clarinet is slightly too far forward. The compensations are the moments of insight from five fine players, especially Brunner, Gutman and Victor Tretyakov.

Richter’s rendering of Weber’s D minor Piano Sonata is typical of his late manner, atternating moments of heavy-handedness with some splendid playing.