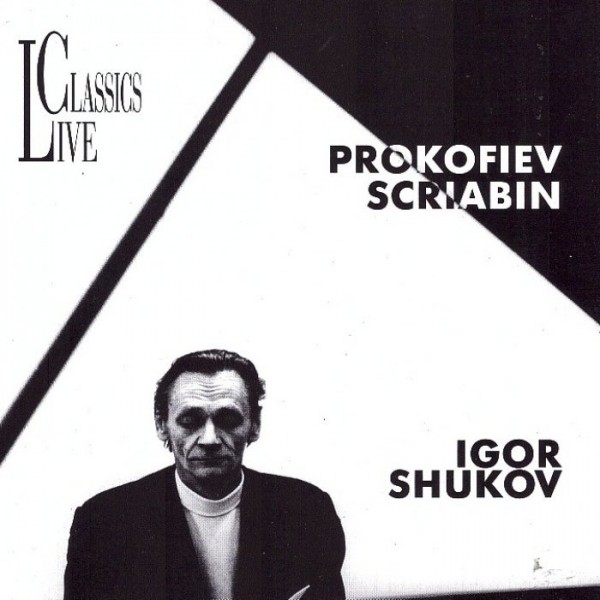 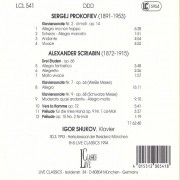 …Although playing Schubert and Prokofiev in the concert’s first half, Shukov nevertheless remains Alexander Scriabin’s spiritual and sometimes even spiritistic medium. ‘Vers la flamme’ – that was the direction given for the performance in Munich’s Herkulessaal. And Shukov went this direction, covering on his way three etudes and two sonatas until reaching Scriabin’s final, glaringly catastrophic ‘Poème’ – one congruent sequence without allowing interruptions by applauding audience.

In the etudes op. 65 dated 1912 the later Scriabin becomes visible. Shukov’s play makes the awkwardly audacious harmonies and their motions in these two pieces (each of which is blended with three scanting chords) break up all boundaries. Shukov plays beyond mainstream virtuosity, beyond violent hysteria implied from the outside. He is very tense and highly concentrated.

The two late sonatas Nos. 7 and 9 confirm the unparalleled rank of this pianist within this utopia of piano music: It seems as if Shukov transformed Scriabin’s music into liquid matter. Expression and structures of sound indulge in one another. It is no longer possible to think of the mechanics of a piano, of its keys. ‘White Mass’ and ‘Black Mass’, as the composer headed the two one-movement sonatas, lead us into an ecstatic musical vision which Scriabin called ‘Mystery …

Prokofiev’s second piano sonata is a showpiece in Shukov’s repertoire. The very famous momentum of the Scherzo was presented in a frantic and rash manner, crisp and clear were both first and last movement, the Andante was a miracle of bewitchingly iridescent dramaturgy of sounds. Shukov discovered Prokofiev’s genius as a whole, but also the latter’s pure thirst for pleasure when playing with the piano, his rough humor and his eccentric ideas for the piano. Encores, again Scriabin, enthusiastic applause of a faithful audience in Munich, lively bows of this individualistic and charming artist from Moscow.